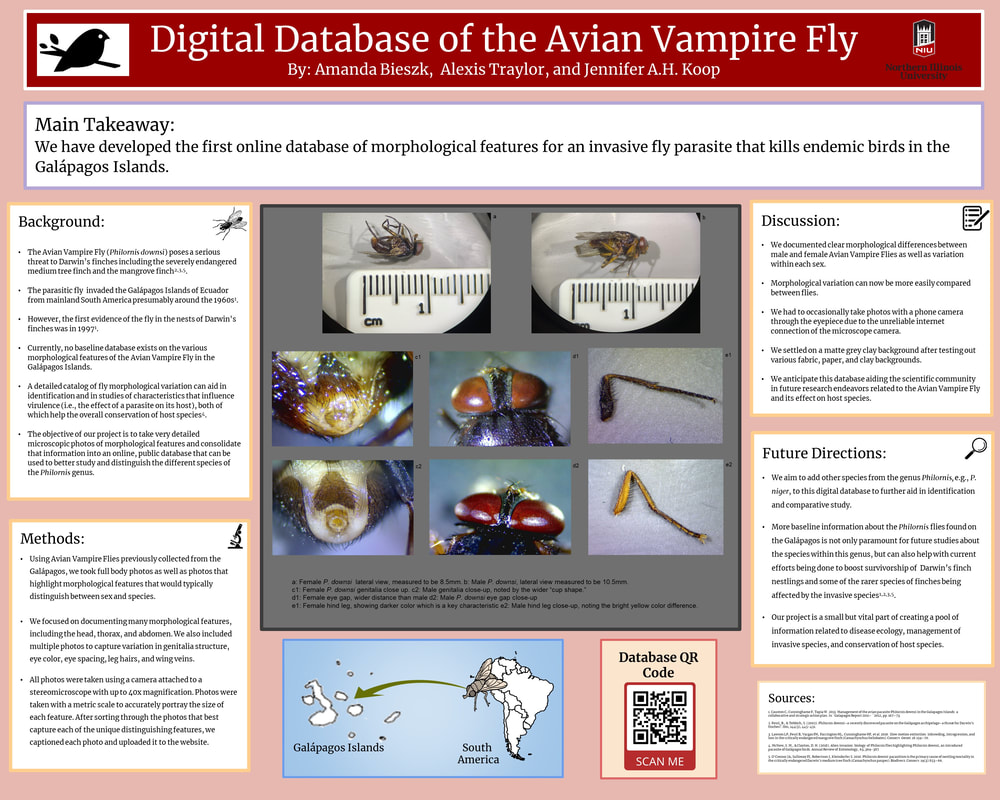 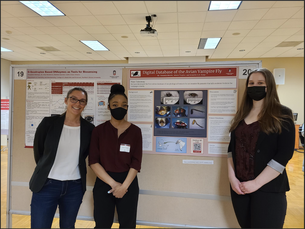 While there are many differences between male and female AVF, below we will focus on general morphological differences. Males tend to be larger and brighter in yellow body coloring. Females are the opposite; smaller and darker in overall body color. There are many more differences that you will find in the comparative photos we have below.
Some things to note: some of these flies have been preserved in ethanol in a deep freezer for 3+ years, this may have effected some of the general characteristics. Mostly this affected some coloration and bloating of the fly, but not in a way that might affect identification.
The measurements of these flies are only accurate to them. Although the general trend for AV flies is that females are smaller than males, our research does not include any averages to back this up. 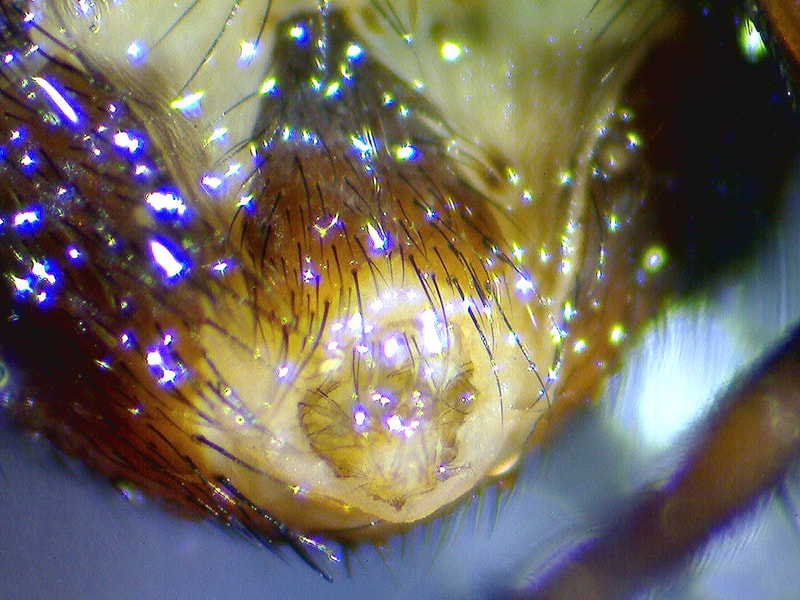 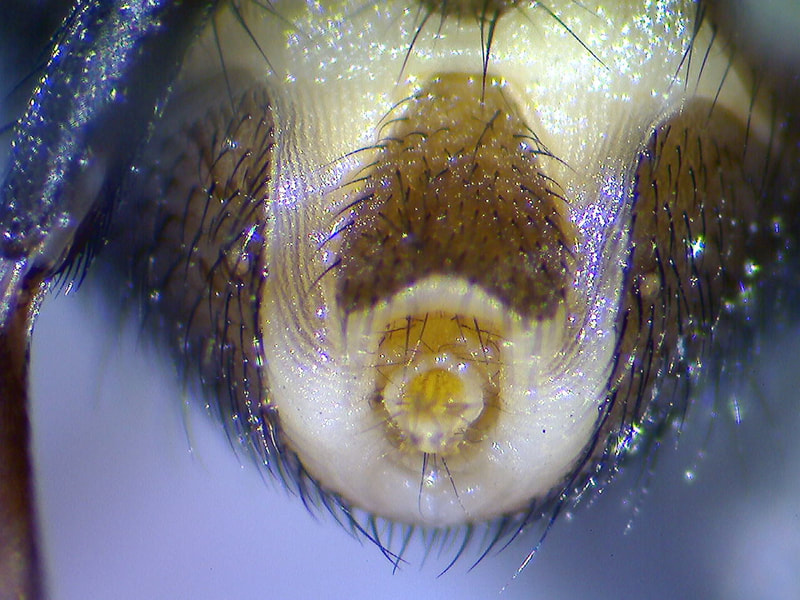 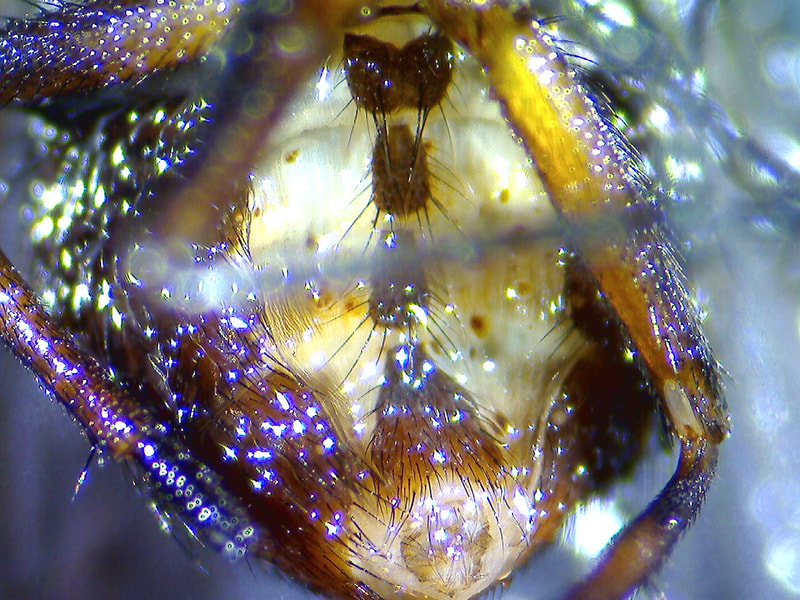 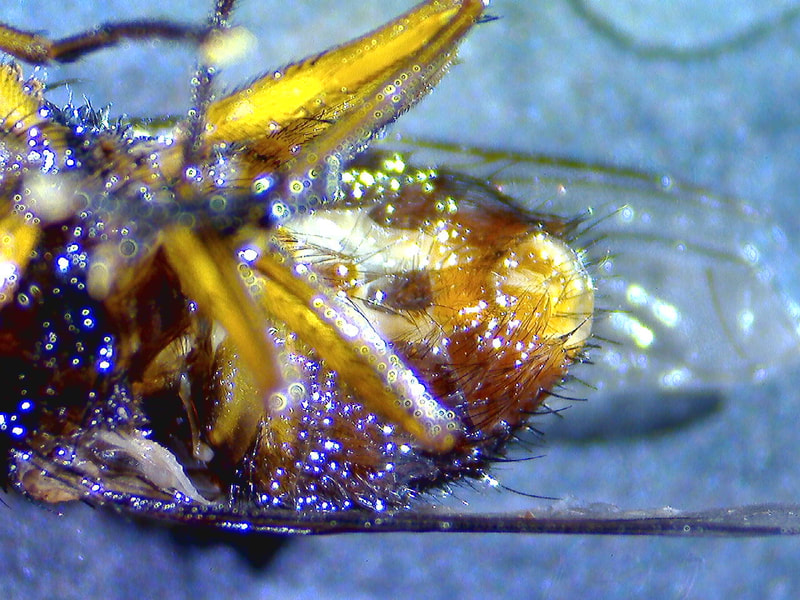 Female AVF genitalia can be recognized by a general "pointed" appearance, which is caused by the presence of her ovipositor. Male AVF are noted by their "cup shape" genitalia. 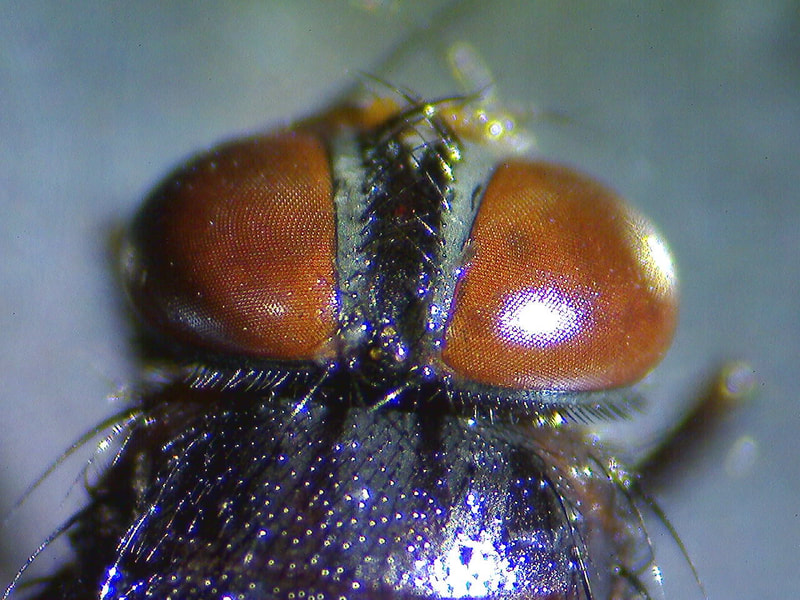 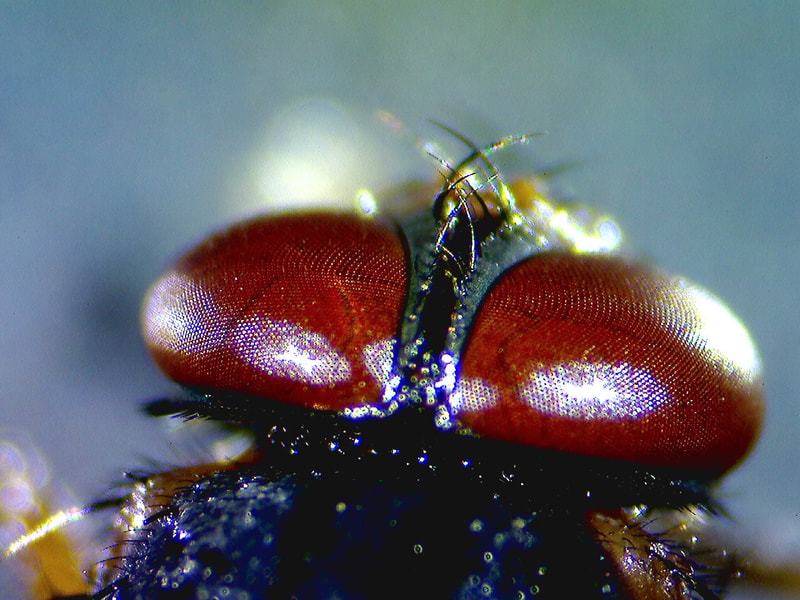 Female AVF have a wider eye gap than the male, differing by about less than a millimeter. 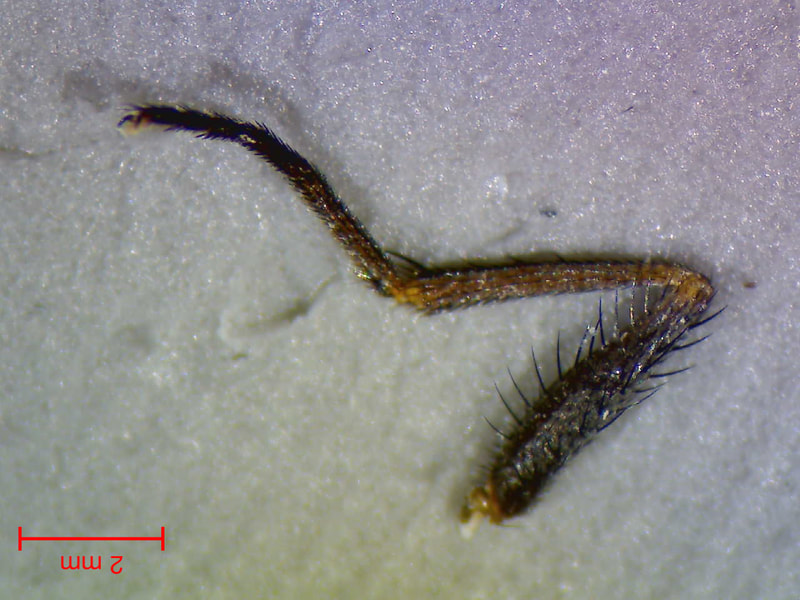 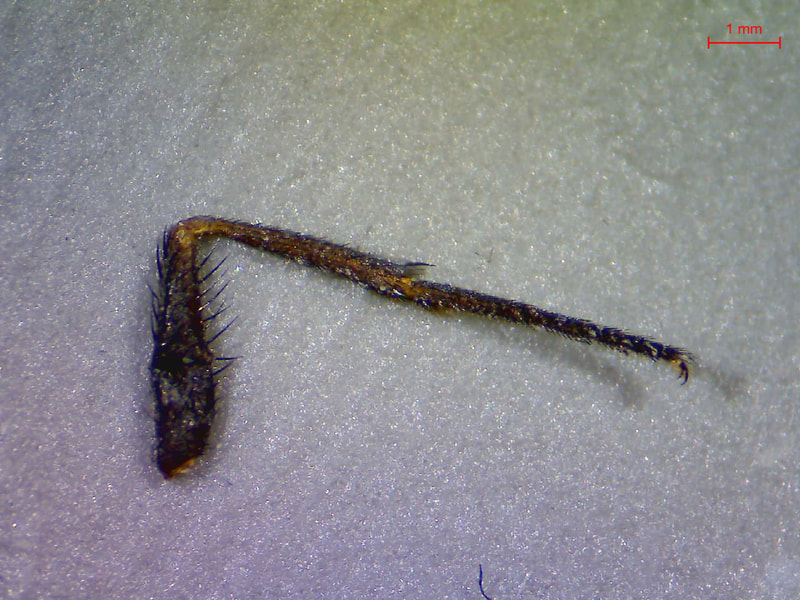 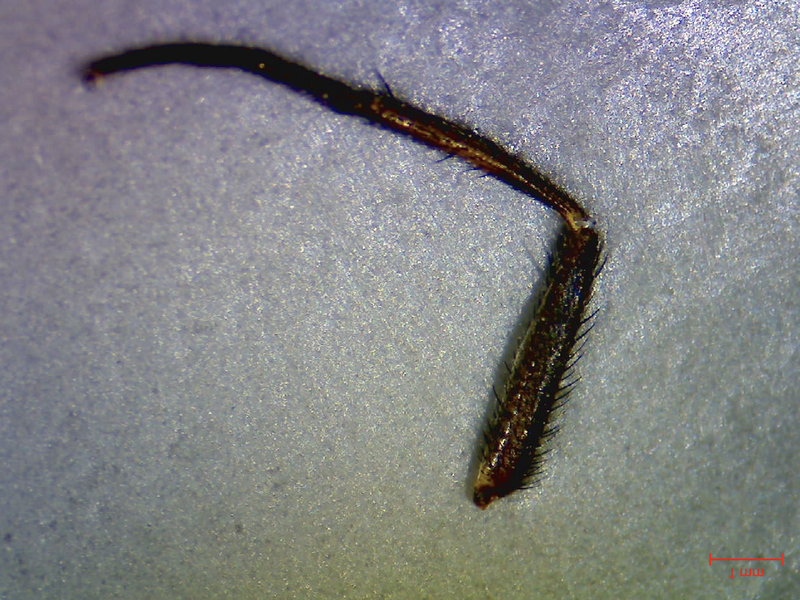 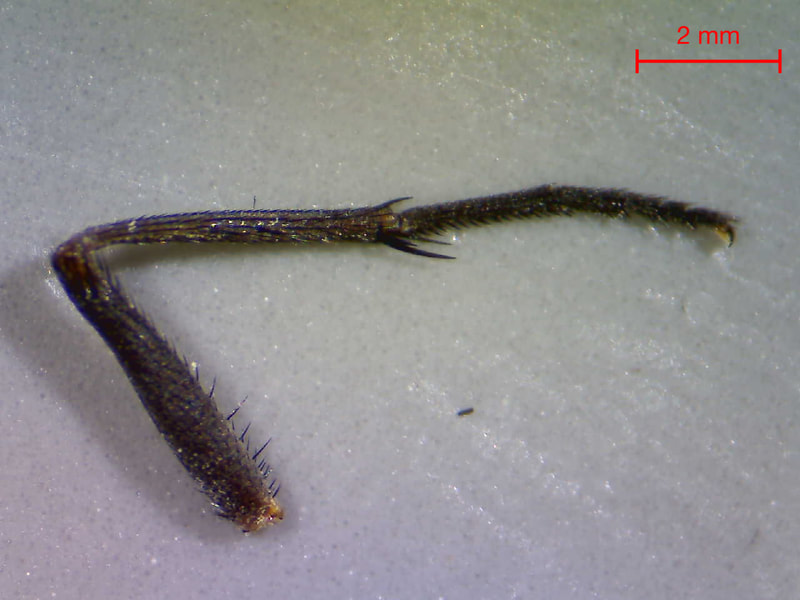 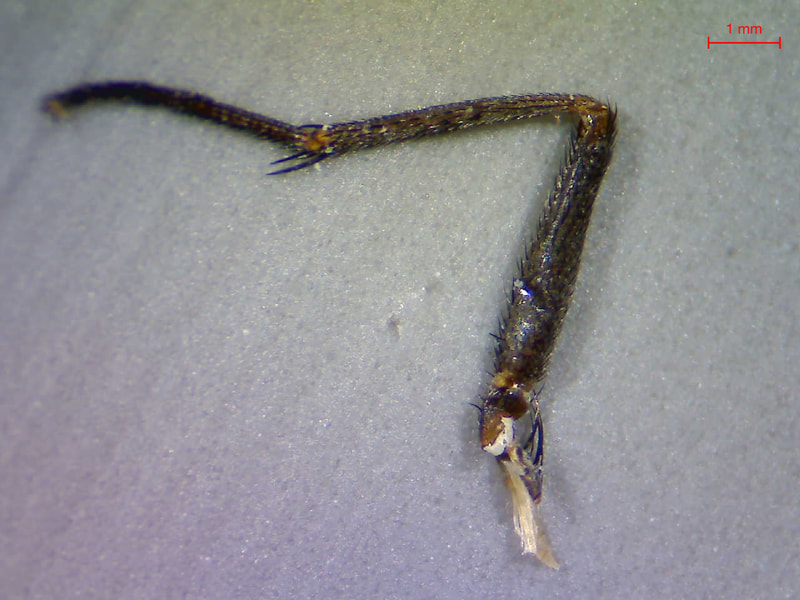 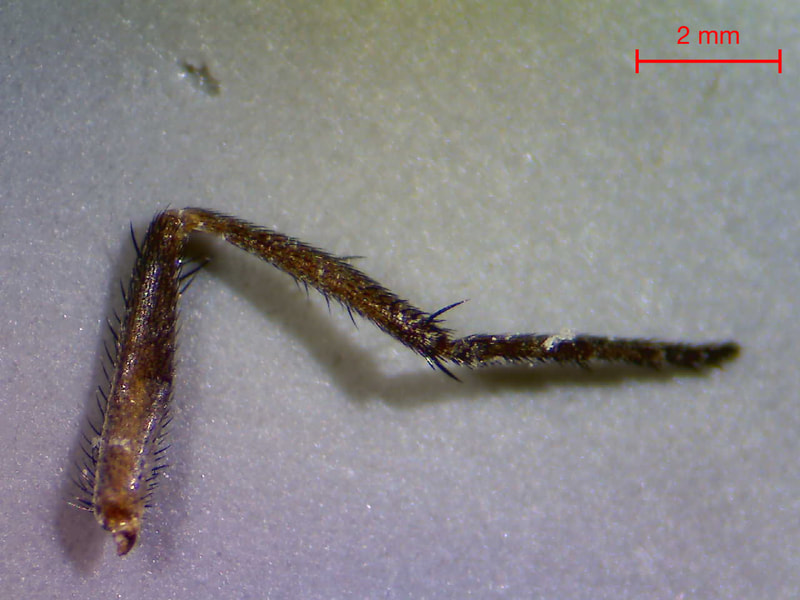 Please disregard the scaling, it is not accurate. The left three pictures are the female AVF's left first (top), second (middle), and hind (bottom) legs, and on the right are the right legs in the same order. It is important to note the dark leg hairs on the hind legs when comparing male and female. 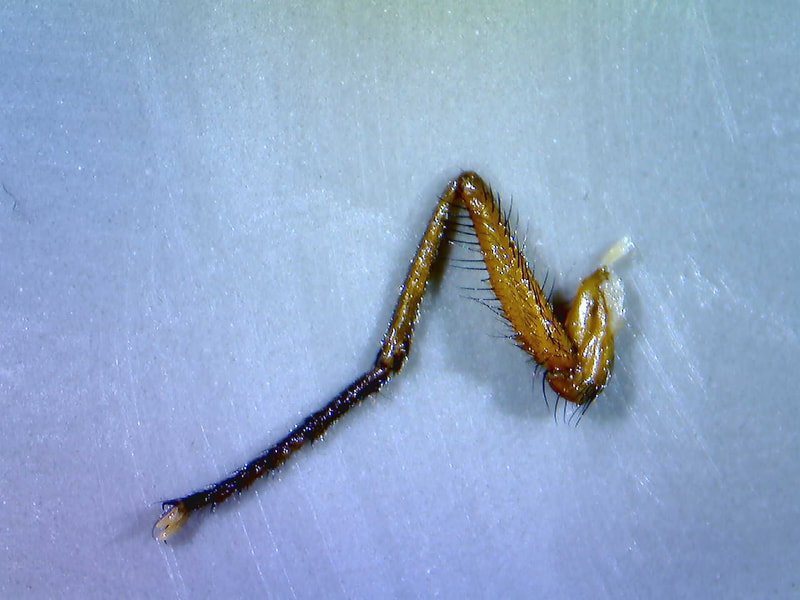 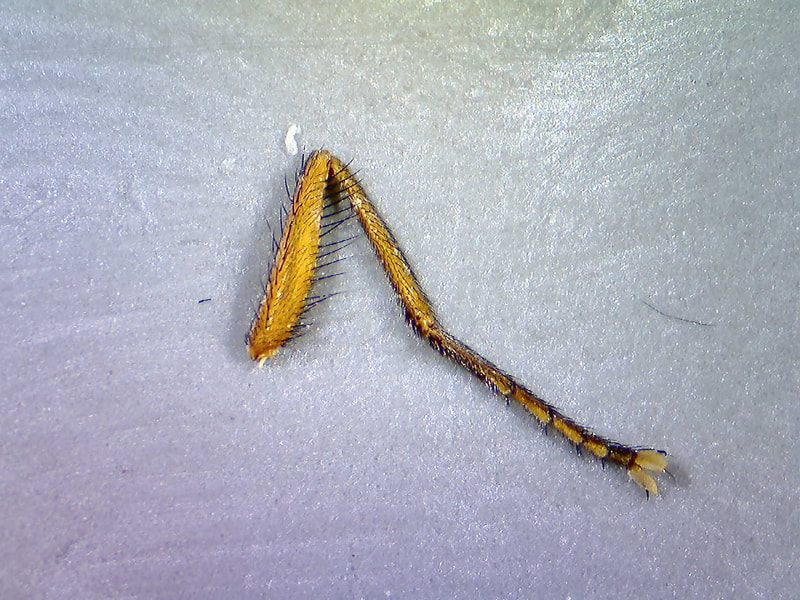 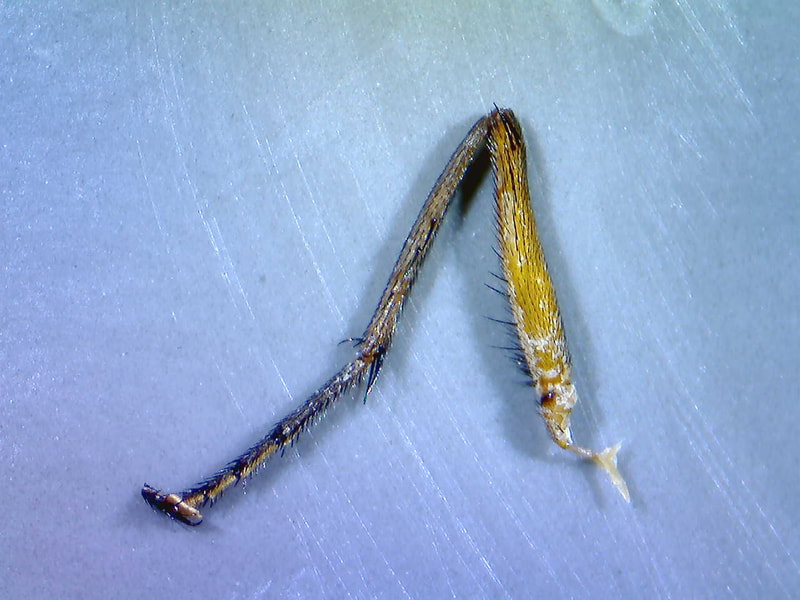 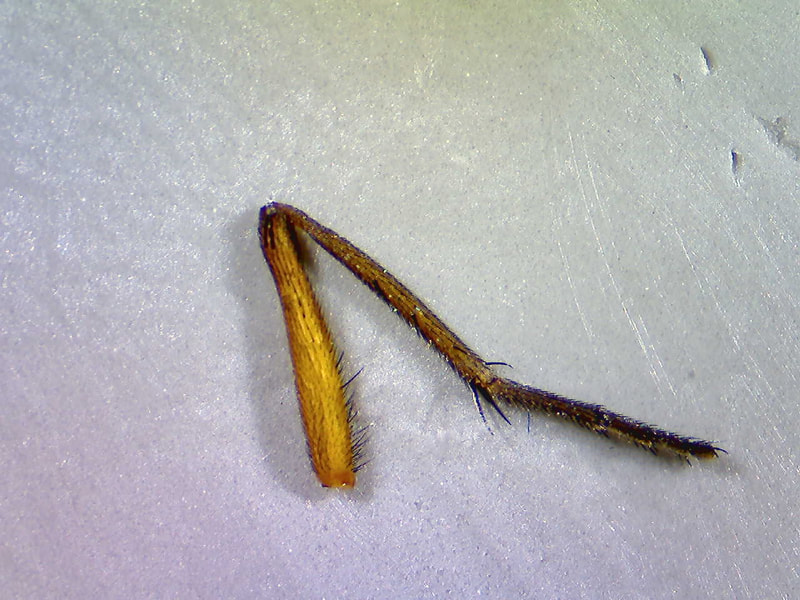 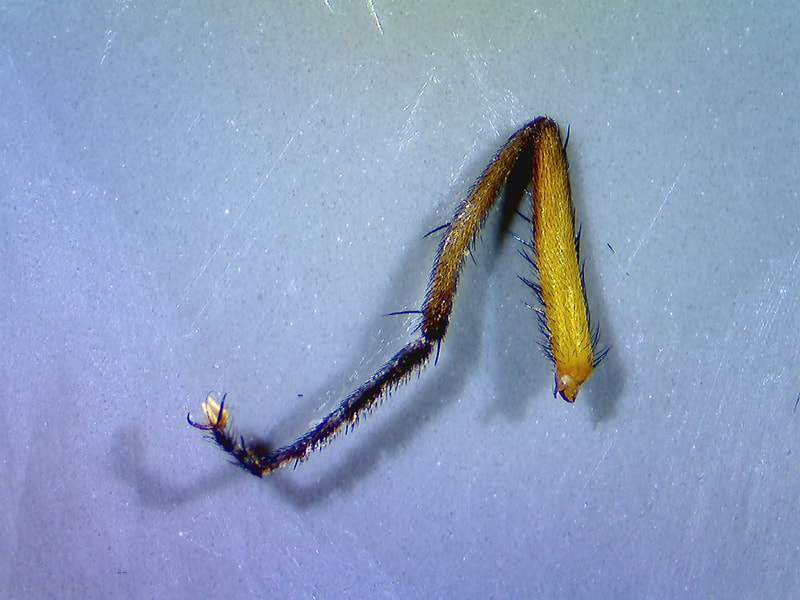 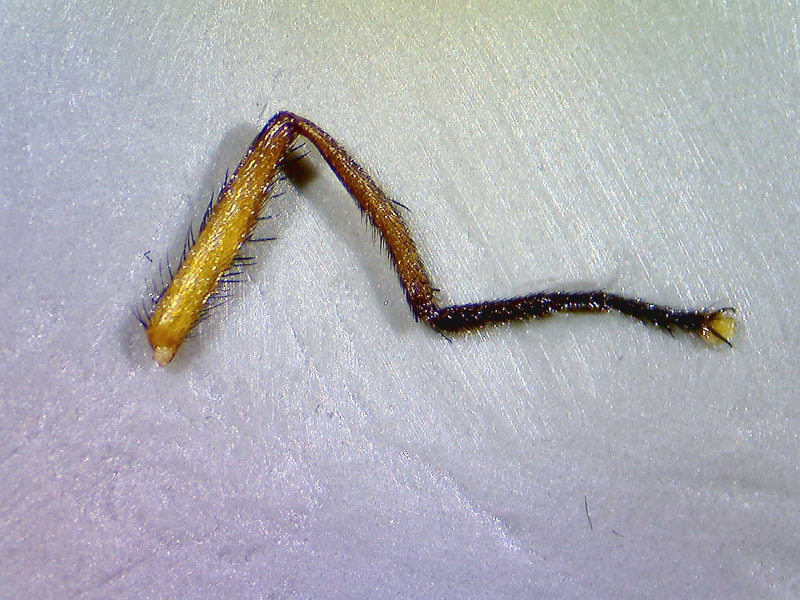 The left three photos are the male AVF's left first (top), second (middle), and hind (bottom) legs, and the photos on the right are the right legs in the same order. 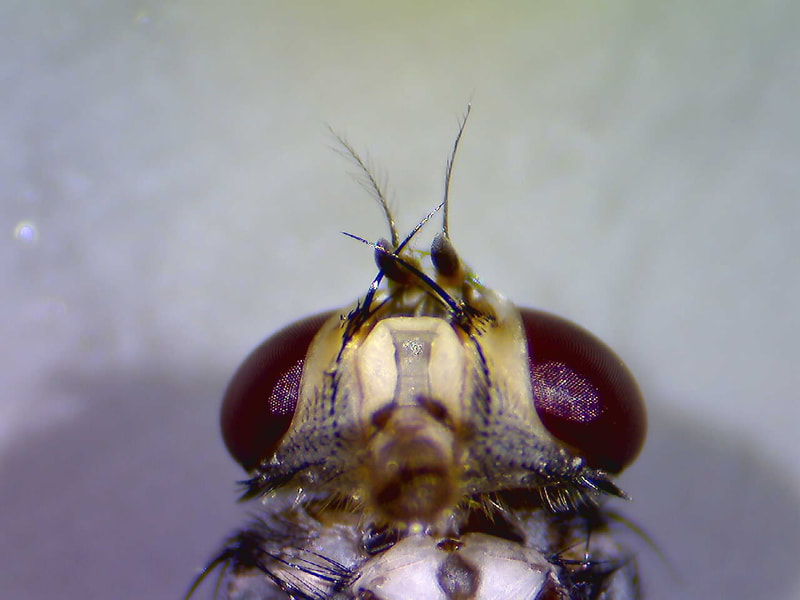 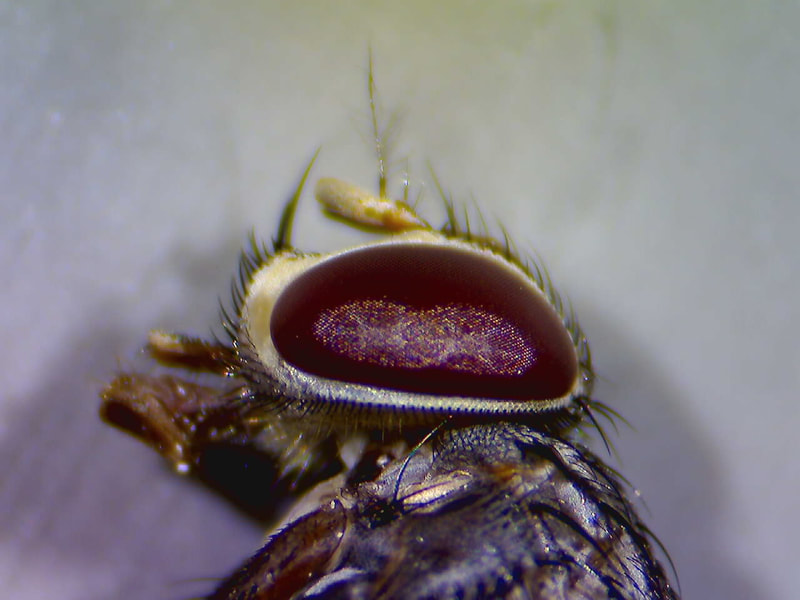 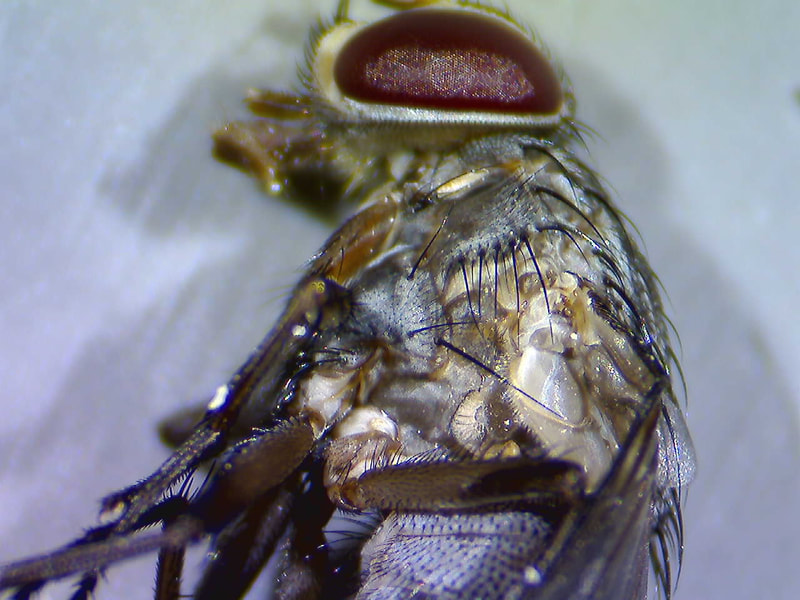 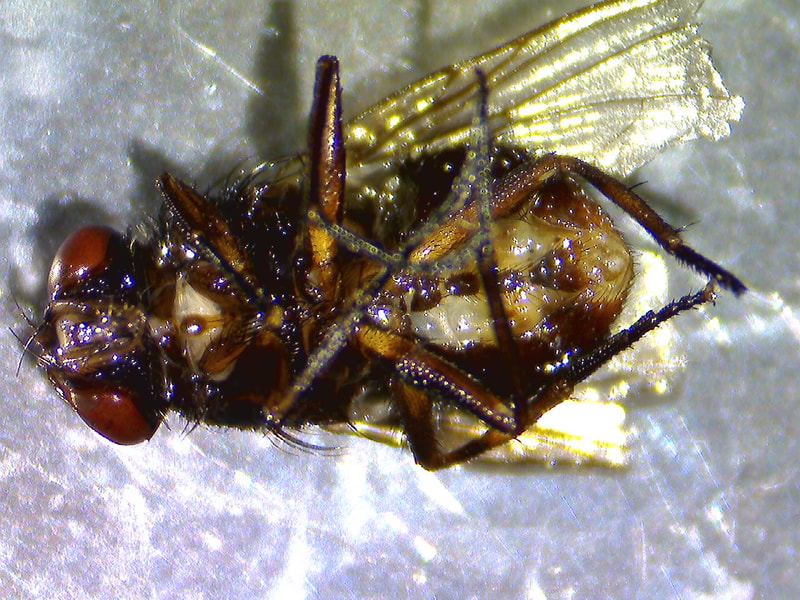 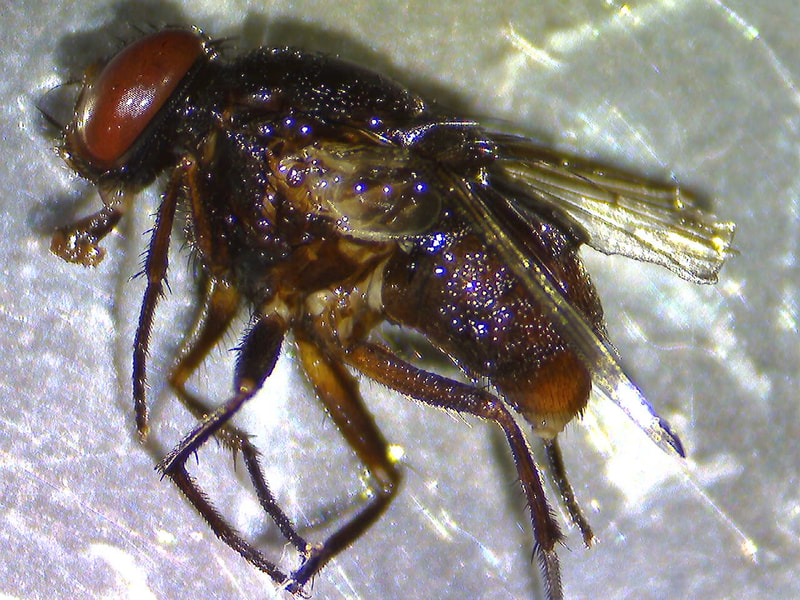 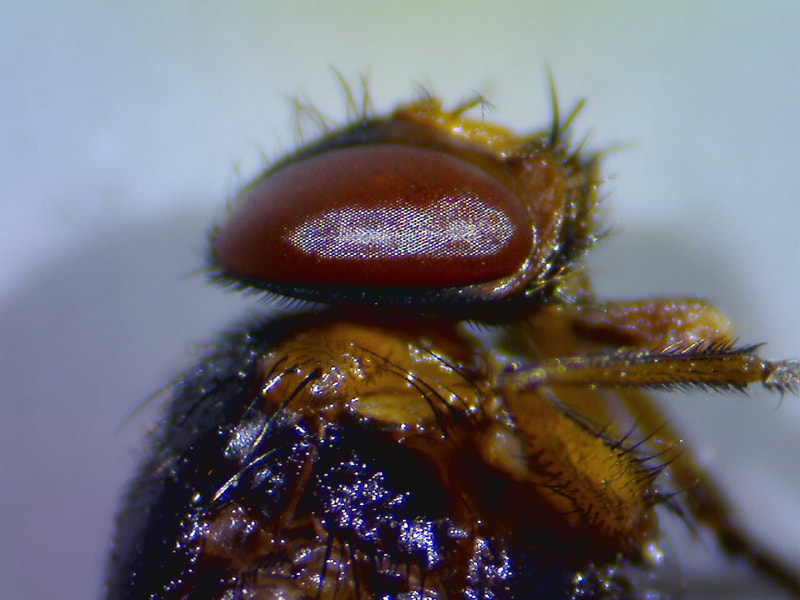 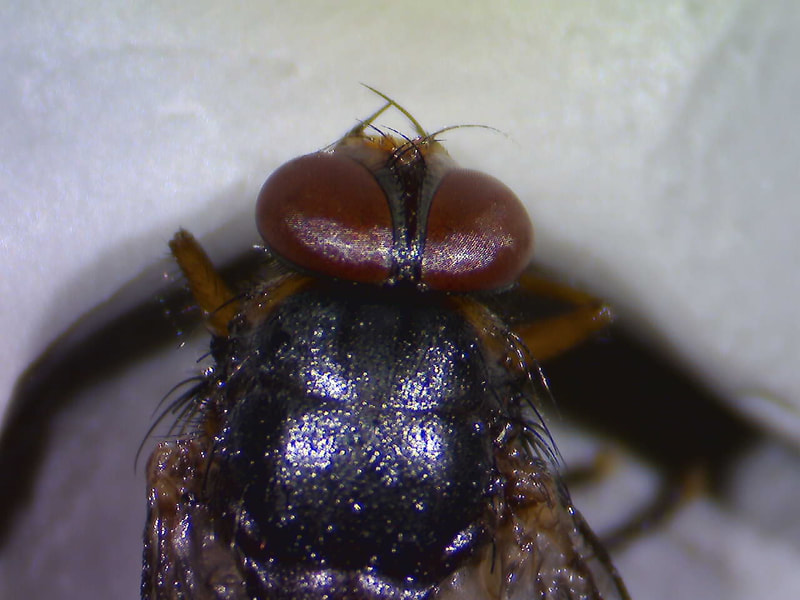